After thirteen consecutive quarters of losses, Aéropostale filed for Chapter 11 bankruptcy on May 4, 2016, with assets of $354 million.[3] The company will close 113 of its 739 U.S. stores and all 41 (in addition to 20 already closed prior to the filing) in Canada, the majority of which were unprofitable and responsible for the company's losses. USA Today made a list of all of the US stores closing as part of its bankruptcy. 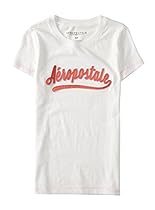