LOSE IT! The LCHF way 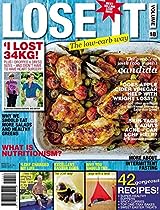 Availability: Usually ships in 1-2 business days Ships from and sold by Zinio, LLC
Product Description
Find out how foodie and wine critic Hennie Coetzee lost 107kg (yes, you read that right: 107kg!) without giving up fine wine and great food. Speaking of great food, the 13th issue of LOSE IT! has no less than 43 brand new recipes, including scrumptious low-carb dishes to get you through the winter Italian-style - that means pizza, zoodles and gorgeous comfort slow-braises, roasts and bakes. Not to mention some sweet treats so rich and lovely you'll want to scoop them up off the page! LOSE IT! is so much more than a magazine - it's the chance to live your life the way you really want to - just in a healthy, delicious way: no deprivation required.
This issue we also offer loads of game-changing ways to restart your weight-loss if you've hit a plateau. Did you know stress that can stop you losing weight? We look at four ways that happens - and tell you how to prevent each one.
Nutritionist Sally-Ann Creed gives you the low-down on coffee: should we, shouldn't we - and if we should, how much is ideal? And Dr Gerard Schoonbee answers your questions on how to prevent leaky gut, how much protein you can eat and whether eating low carb can help gestational diabetes [spoiler alert: yes it can!].
LOSE IT! The Low Carb Way tells you everything you need to know to follow the lifestyle and lose weight, clear your head, increase your energy levels, sleep better - all while eating delicious, satisfying foods that are easy to prepare.
It will put you on a revolutionary course that will change your life forever.

Good publication!
By Kelli S
This is an Australian publication, but I enjoy it none the less. Lots of good low carb recipes and ideas and great color photos of them

One of My Favorite "Lifestyle" Magazines.
By lhamo55
This is an inexpensive but excellently presented magazine from South Africa where the LCHF concept is known as "Banting", Every other month the reader can expect a balanced offering of carefully researched articles, personal success stories and well thought out recipes.

William Banting was a British undertaker who was very obese and desperately wanted to lose weight. In the year 1862 he paid a visit to his doctor, William Harvey, who proposed a radical eating plan that was high in fat but included very few carbohydrates. 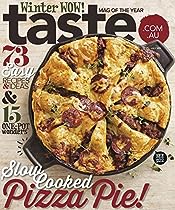 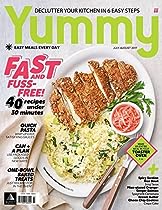 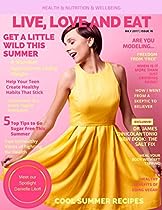